The Trust was founded in 1974 by William Bowes Morrell (1913-1981) in order to aid people rather than the environment in which they live.  “It is people not walls that make a city”, Thucydides said. William Bowes Morrell (WBM) was a distinguished member of the family well-known for its love and support for York. His generosity established a trust to make grants for “the common good of the citizens of York”. WBM was the son of John Bowes Morrell and became chairman of the Rowntree Social Services Trust, York Conservation Trust and the Press Association. After an education at Bootham and Cambridge his career evolved into newsparers where he became managing director of Lord Cowdray’s Westminster Press which ran the Financial Times and Penguin Books. In his younger days, he worked at  the Yorkshire Evening Press and Northern Echo.  WBM was born in York and maintained a strong bond with the city until his death.

The Trust has no particular cause, creed or project as a special interest:- it exists simply to make grants to groups particularly smaller lesser known, which will benefit the citizens of York.

The Trust gives grants to all sorts of groups such as the elderly, young people, people with disabilities, sports and the arts, to name but a few. Grants are generally in the £500 – £1000 region.

The Trust does not normally repeat grants to any charity in any one year. The Trustees meet in January, April, July and October of each year where each application will be reviewed by the Trustees.

The Trustees have adopted the above guidelines which follow this broad basis and will, in general, follow these guidelines, although in exceptional circumstances the Trustees may deviate from them if a particular cause is of special merit. 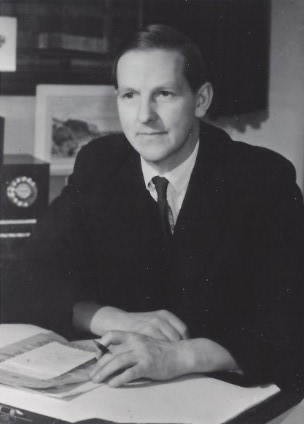